Identifying hearing loss in infants as early as possible is important, as the sooner you seek treatment, the better their language development outcomes. But detecting hearing loss is tricky, especially if a child is unable to tell you what sounds they can and cannot hear. New research from an owl study may hold the key to solving this problem. 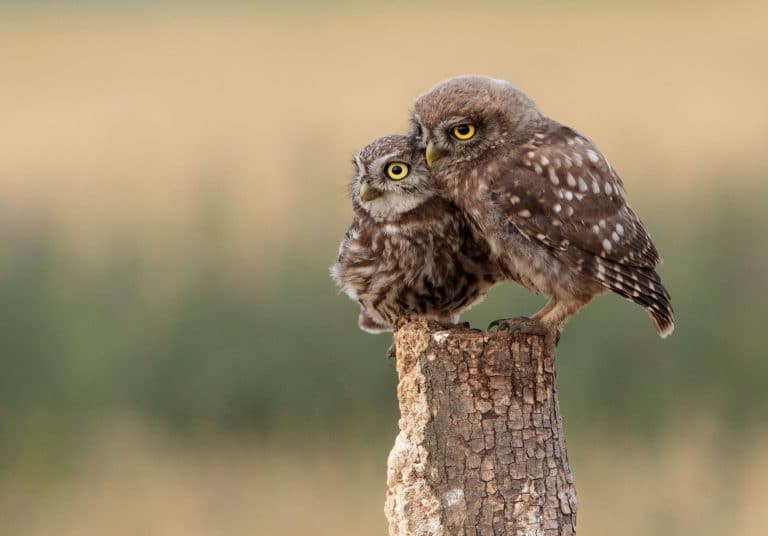 Neuroscientist Avinash Bala worked on a research project 20 years ago with the goal of training barn owls to respond when they heard different sounds. Bala’s hope was that understanding how barn owls hear would help him to better understand how the human brain processes sound.

The owls were placed in a quiet room with a video camera to monitor their activity. While the owl conditioning was not going according to plan, Bala noticed that every time the owls heard an expected sound, their eyes would dilate in response.

Bala and co-director Terry Takahashi recognized that the involuntary pupil response they observed could be used to measure hearing in the owls. They then determined that humans have the same response – our pupils dilate when exposed to any new sound, including the same word at a different volume and words with a slight variation.

“It’s exciting when you can take something that’s really basic science, like how do owls figure out where sounds are coming from? What’s the computer circuitry in the brain that does that? And all of a sudden, to take a technique that was refined in owls and apply it to human hearing, it’s just something that I never had expected,” Takahashi said.

While the researchers are unsure why the pupils dilate when exposed to new sounds, they realized that this information could be used to test people who are unable to respond to questions about their hearing, specifically infants.

How Are Children Currently Tested?

Currently in the United States, infants are required to be screened for hearing loss within their first month of life. Those whose doctors suspect may have hearing loss are sent for additional testing. Unlike older children and adults who can vocalize if they can hear sounds during a hearing test, infants are unable to relay this information.

Pediatric audiologist Kristy Knight explains, “One of the things that we really struggle [with] young children is knowing, can they recognize the difference between sounds like ‘else’ versus ‘elf’, for example? Our regular hearing tests don’t tell us that. We have to wait till the child has some amount of language development to really measure that clinically.”

Use of Pupil Dilation for Humans

Pupil focused hearing tests would provide audiologists with an additional tool when diagnosing hearing loss in babies, toddlers and adults who have difficulty communicating.

“What we’re proposing is that if we have a test that doesn’t require expertise, any audiologists can administrate,” Bala said. “What it involves essentially is putting a baby in his mother’s lap or in a highchair playing sounds… and at the end of 15 minutes, the computer just comes that gives you a yes or no answer.”

Their test would use animated video to keep the patient’s attention toward the camera. Then a computer algorithm would measure the change in pupil size as different sounds are played.

Bala hopes to further develop the test and plans to have a prototype ready this fall.

To learn more about identifying and diagnosing pediatric hearing loss or to schedule an appointment, contact the experts at Hearing Systems today.